05/05/2020
Westdale Bay
Westdale Bay in Pembrokeshire West Wales is described as a wild beach. It has no amenities, access is a 20mins walk from a car park in Dale. The bay is small compared to its more famous neighbour Marloes Sands, and is possibly only 200 metres across at low tide. It has given me a variety of different pictures from the numerous times I have been there. There is an interesting rock structure on the left of the bay, and Skokholm Island further out in the channel has also featured in many of my pictures. Part of the beach has an interesting steep slope, that can be used for create interesting surf patterns when there is a fast receding tide. 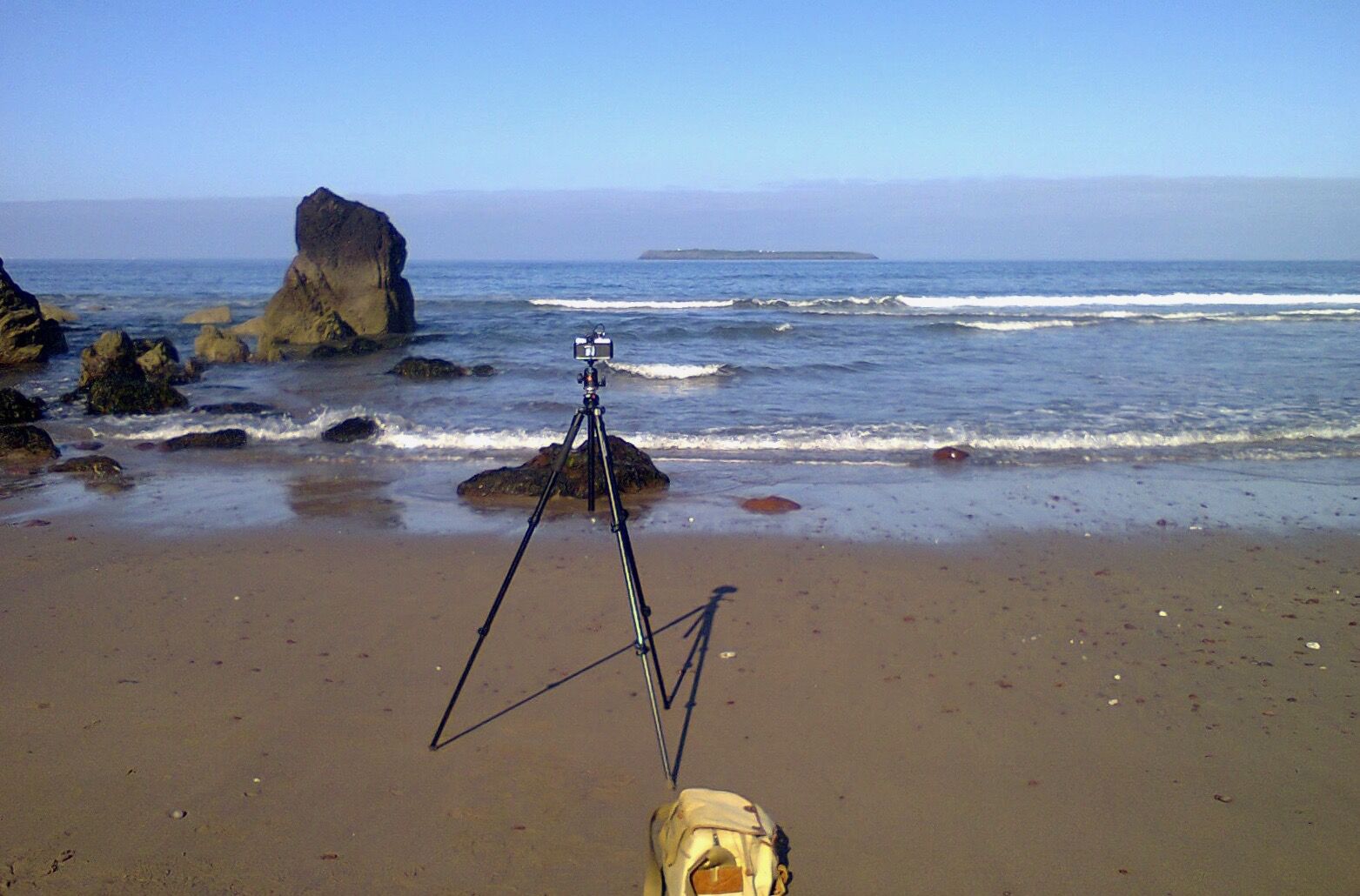 The picture above shows my camera and tripod in position, then below the resulting picture taken with a 20mm lens. Next a long exposure image of 3mins with a 10stop ND filter isolating the black rock by using a 105mm lens. Then an image showing both rocks and the surf patterns.